Our big sister over at Dartmouth, Bayards Cove Inn, has won a prestigious award in a national competition scooping the Hidden Gem award for the south west as part of the eviivo 2017 awards.

The category honoured properties that excel in all areas, with a great overall business and leaving their guests with great memories and stories to tell.

The win was announced during a ceremony held at the Café De Paris in London on Tuesday beating off competition from other finalists and owners Charlie and Zuzana Deuchar were on hand to accept the award.

Charlie and Zuzana said: “It’s fantastic and we’re so proud of all the team at Bayards Cove Inn who work so hard and pay enormous attention to detail so that guests who stay here have a really great experience and want to come again and again. It was a fantastic evening and it was wonderful to receive this prestigious award.”

Charlie and Zuzana also operate Bayards Kitchen at Dartington which is rapidly establishing itself a hotspot for people from across the generations, with a secure toddlers area indoors filled with toys and play space outdoors too in its pretty garden where food and drink are served.

“It’s a lovely café where the emphasis is on offering a menu that gives the customer gluten free, vegetarian and vegan options too,” said Charlie.

The eviivo awards celebrate the best, prettiest and quirkiest of the UK hospitality industry and shine a light on owners and their establishments that deserve national acknowledgement for their exceptional offer to guests. This year the awards were open to both eviivo and non-eviivo customers, and judges included internationally recognised journalists and Michelin starred chef. 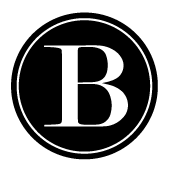